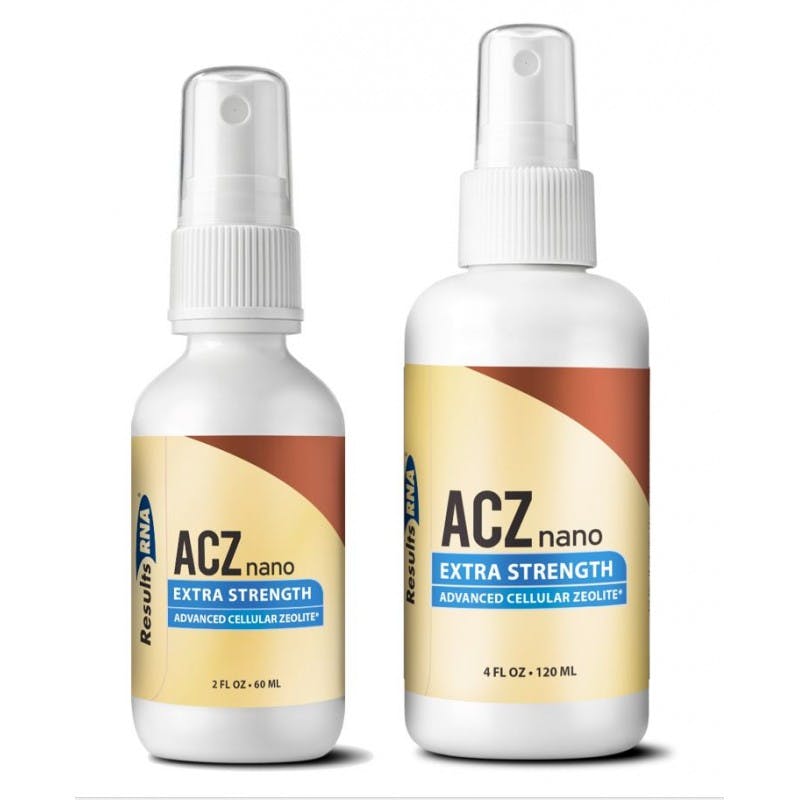 ACZ nano® is the most effective heavy metal detox product, with independent studies showing upto a 1000 fold increase urinary output of heavy metals. 170g of nano zeolite is equivalent to 1000kg of micronised zeolite in terms of effective surface area.

The original ACZ nano formula was born out of the need for highly effective detoxification agent to meet a demanding list of criteria. These are:

The World Health Organisation calculated that average daily intake of mercury is: 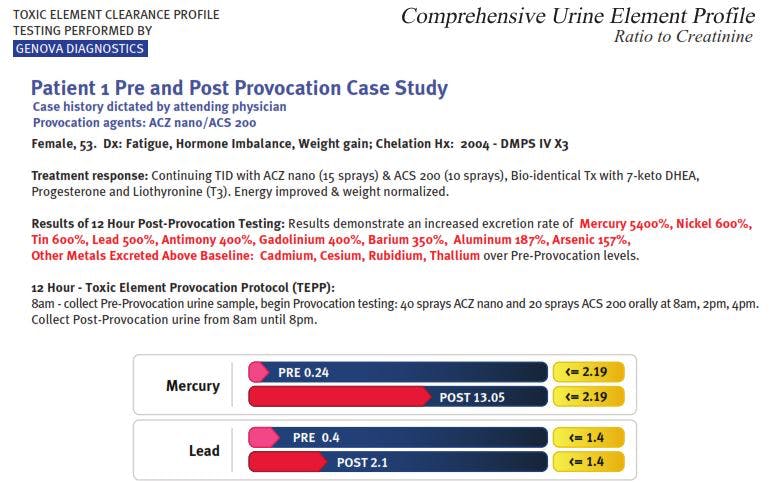 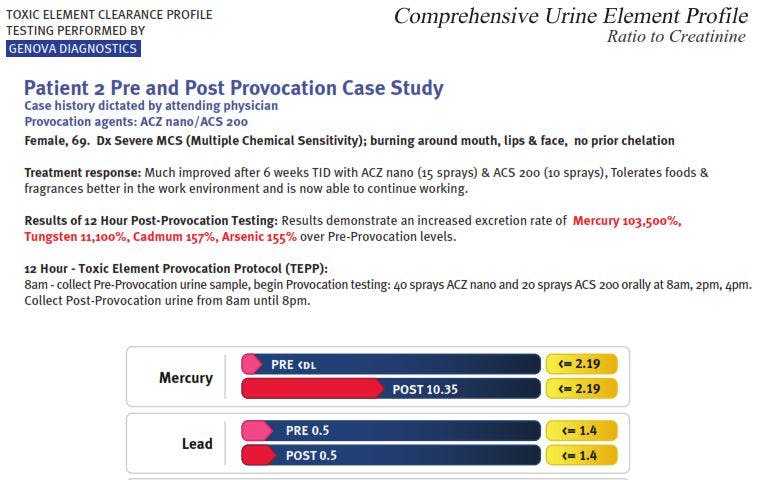 In removing toxins from the body, the mechanism of binding the toxin is of prime importance. The binding action of ACZ Nano simple to understand.

ACZ nano selectively and irreversibly binds and removes toxic heavy metals, chemical elements, and free radicals through the urinary tract, without removing vital nutrients. This process is called selective detoxification. The nano zeolite crystals of ACZ nano Extra Strength selectively bind to the free radical in three main ways. The strength of the bond is based upon: 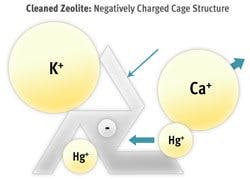 Depicted in the diagram, smaller Mercuric ions are pulled deeply into the nano zeolite cage structure and held securely for safe elimination, while Calcium and Potassium are exchanged

The uptake of toxic heavy metals, chemical toxins or other free radicals in zeolites is called adsorption. Adsorption (not to be confused with absorption) is the accumulation of atoms or molecules on the surface of an adsorbent solid, such as zeolite. The driving force behind adsorption is the highly polar surface within the pores of the zeolite structure. This unique characteristic distinguishes zeolites enabling an extremely high adsorption capacity for water and other polar components even at very low concentrations. Advanced Cellular Zeolite (ACZ) nano crystals are characterized by a three-dimensional pore system, with pores of precisely defined diameter.

Pores of precisely uniform openings within these nano, crystalline structures allow for molecules smaller than its pore diameter, such as Mercury, to be adsorbed while excluding larger molecules, such as Calcium and Potassium, hence the name “molecular sieve”.

ACZ nano Extra Strength adsorbs molecules of certain sizes while rejecting larger ones.  Species with a kinetic diameter too large to pass through a Zeolite pore are effectively “sieved.”

The following molecular selectivity series of Clinoptilolite is backed by atomic absorption spectroscopy studies. As you can see, toxic heavy metals are highest in preference of attraction.1, 2

Traditional acid-based chelating agents such as EDTA, DMSA and DMPS have no preference of attraction. Agents such as endrate (EDTA) have high affinity for essential ions such as calcium and remove calcium simultaneously with toxins. If not carefully monitored, this draining of calcium electrolyte can be quite dangerous and bring on rapid muscle weakness and potentially cause heart damage. Acid-based detoxifiers remove a myriad of additional and essential nutrients beyond calcium to the detriment of health. A second issue with acid-based detoxifiers is the phenomenon known as “pull-and-drop”, where the chelating agent pulls out a toxin such as mercury from the tissues and then drops the mercury in the bloodstream. Free mercury will redeposit, and if mercury re-deposits in the brain or vital organs, the patient’s condition is likely to worsen.

ACZ nano Extra Strength is the only nano zeolite formula available with over 90% of ACZ nano crystals existing within the nano range as calculated via SEM analysis.

Nano technology scientists have discovered the remarkable fact that by making product ingredient particles extremely small that chemical reactivity and thus product performance is dramatically enhanced. It can be shown mathematically that with equal quantities (weight) of nanometer-sized particles (one-billionth of a meter size) versus micron-sized particles (one millionth of a meter size) that the nanometer-sized particles will exhibit an active surface area increase of about one million times over the exposed active surface area of the larger micron particles. 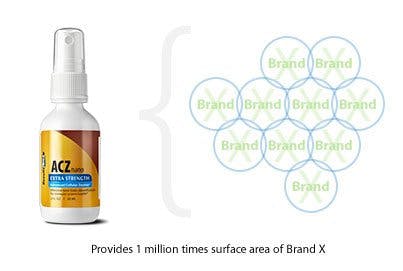 In a recent New York Times article (published November 7, 2007) titled: “Aiding the Environment, a Nanostep at a Time”, author Barnaby J. Feder in his comments describing the importance of having effectively large surface areas on the active ingredients of products stated: “Six ounces of nanoscale particles does the job of one ton of micron-size particles because of their vastly increased surface area and the greater ease with which they move…” 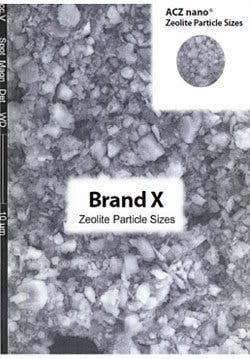 Effective Adsorbtion of toxins by a zeolite is dependent on the surface area that is exposed. Nano Zeolite has an effective surface area 1,000,000 times greater than micronized zeolite

Similar to a map scale, the scale on the left margin of the SEM micrograph pictures below (y-axis) indicates a relative dimension of 10 microns in length. As can be seen in the high resolution particle picture below, a significant quantity of the Brand X zeolite product has particles as large as several microns; with some particles in excess of 5 microns in diameter. The small inset micrograph located in the upper right of the picture below shows the exact relative sizes of Results RNA® zeolite particles compared to the much larger average particle sizes of the Brand X product. Particle sizes for Results RNA® zeolite product extend well down into the nanometer size ranges.